Ah, 2002. Ben Affleck was People’s Sexiest Man Alive, Nelly’s “Hot in Here” was bumping from everyone’s second-generation iPod, and your tech-savviest friends were all on something called Friendster. A lot has changed since then, including the kinds of jobs people do, particularly for younger workers.

Thanks to the ubiquity of the internet, the rise of social media, and an increasingly digital economy, people with just a Wi-Fi connection and a dream can hold an almost unlimited variety of jobs, many of which are new and evolving. Whether you’re just getting started, or thinking of making a mid-career switch, we’ve gathered together 20 jobs that didn’t exist 20 years ago.

In the financial sector, decisions are driven by data, and that data is analyzed by “quants” (short for “quantitative analysts”), who research and forecast market trends, create models and analytical tools, and make recommendations based on their findings. (If you’ve seen the show Billions, Taylor’s team is full of quants.)

A fintech analyst needs a very specific kind of intelligence and must bring to the table a background in math, data science, and finance—so, not exactly a job you fall into. But if you have a head for numbers and love the idea of gamification, signing on with the financial sector as a hired gun can earn you a lot of money, with a lot of thrills along the way.

SEO (short for search engine optimization) began gaining importance for online content in the late ‘90s, and since then has become a huge aspect of content creation. The point of SEO is to increase a website’s visibility in online searches, and it works by strategically placing relevant keywords and phrases within a piece of content so that the content comes up more often and higher up on users’ search pages.

For an extremely simple example, if you Google “best ice cream portland oregon,” a website from an ice cream shop in Portland, Oregon that uses the words “ice cream” and “portland” fifteen times throughout their web pages may come up higher on the search than one that has lots of pictures of ice cream but doesn’t include those words in their text materials.

An SEO analyst is a specialist who oversees all things SEO for a client or company—they manage the content creation and SEO writers, monitor web traffic and trends, develop link-building strategies, and more.

Facebook, Snapchat, Twitter, YouTube, Instagram, TikTok, LinkedIn: brands need people to manage their presence and identity in all these spaces. From creating content and working with influencers to running campaigns and engaging with users, a social media manager is the face of a brand in the digital sphere.

App design has become a huge industry—there are over two million apps on the App Store. Developers work on teams along with engineers, analysts, product managers, and marketers to bring an app from idea to finished product. Every app you’ve ever used, from Uber to Tinder, relies on a team of developers, most of whom begin with a background in computer science, coding, or IT. 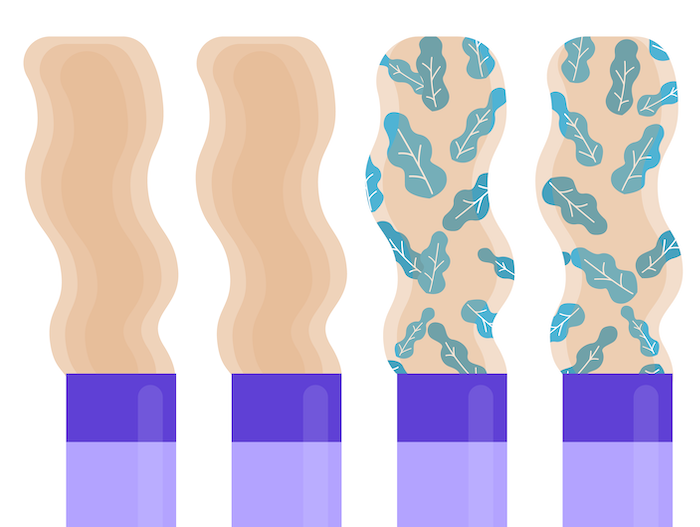 Now that climate change is undeniably upon us and our global use of fossil fuels has become a serious liability, there is an initiative on the part of organizations to increase the sustainability of their business practices, from their vehicle fleet to their charitable contributions. The person who oversees these policies and initiatives is known as a sustainability manager. It’s become a prominent enough position that this person can often be found at the C-suite level and called a CSO or Chief Sustainability Officer.

For every sweet bird’s eye view of a property on Zillow or soaring aerial movie intro, there’s a drone photographer or videographer working hard behind the scenes. Drone tech became available for non-military use in 2006, and since that time it has reshaped the ways we can see and record our world.

The Zoom boom brought with it a new way for practitioners to work one-on-one with clients around the globe, which in turn created increased financial opportunities for small business coaches. A remote wellness coach works with clients to improve their overall well-being, working holistically on health, nutrition, movement, stress, lifestyle, sleep, and relationship dynamics. There are numerous credentials and certificates that a wellness coach can hold, including certifications from sought-after institutions like the Mayo Clinic.

AR, or augmented reality, (which is distinct from virtual reality) is an experience modality that changes the way a subject perceives their sensory world. If you’ve played Pokémon Go, you’ve experienced AR. The three elements present in all AR are a combo of digital and physical worlds, real-time interactions, and three-dimensional identification of virtual and real objects. In AR, you’re having a real experience…just extra.

New tech like AR is exciting, the stuff of sci-fi dreams. But who makes it happen? AR designers are computer scientists who use programming, animation, and modeling skills to write the code that becomes reality.

A digital strategist is a marketing expert for the online world. They create campaigns to increase brand identity and awareness on behalf of their clients, they work closely with marketing teams, and they keep tabs on the effectiveness of various digital channels.

Like any kind of marketer, a digital strategist is always working toward specific client goals, but a digital strategist’s work is specific to the digital world. Most people in this role hold a degree in marketing or communications and have a depth of knowledge in web analytics and new digital tools and spaces, as well as the traditional “soft skills” of written and verbal communication.

Podcasts have become so ubiquitous that it’s hard to remember that their current incarnation is a newer form of media. While “audio blogs” existed way back in the ‘80s, it wasn’t until broadband internet access and smartphone usage created an accessible platform for both creating and consuming them that podcasting became the phenomenon it is today.

Popular podcasts can earn big money: Joe Rogan famously raked in about $200 million dollars for a deal with Spotify to host his controversial but popular Joe Rogan Experience podcast. A podcast producer manages the show, overseeing every aspect of production from scripts and guests to editing and audio. They facilitate the host’s work, and function similarly to a showrunner on a television production set.

The SEO strategists you learned about above all have one need in common: effective SEO writers. Quality SEO is both an art and a science. (If you’ve ever read a recipe that kept repeating a phrase like “best comfort dish” in every other line, you know what bad SEO looks like.) Writers who can embed critical keywords and links seamlessly into copy are gold for strategy teams. 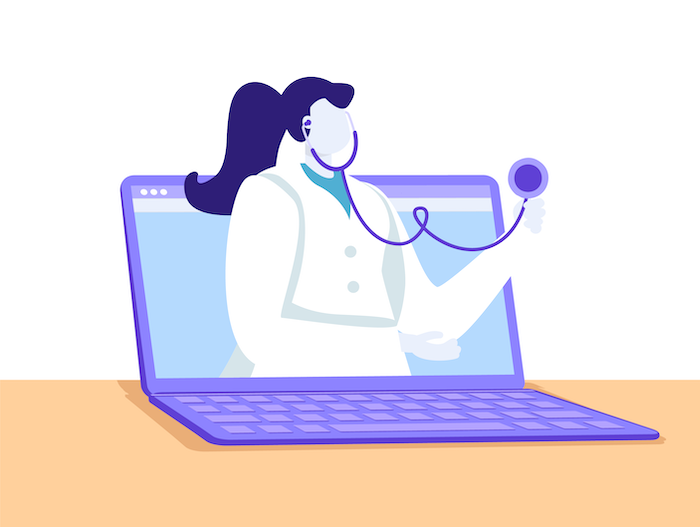 Once upon a time, you had to go to the doctor if you wanted to see a doctor. These days? Not necessarily. One of the bonuses of the pandemic shift to Zoom and other remote platforms has been a new era of flexibility and accessibility when it comes to seeing a doctor.

A physician or psychiatrist can opt to offer telehealth visits, which are one on one virtual appointments that the client/patient attends from the comfort and privacy of their home. For the clinician, this model enables them to work from anywhere in the world. The telemedicine model also greatly increases access to healthcare for people in remote rural areas that are underserved by in-person providers.

A PPC (or pay-per-click) specialist is a very specific type of digital marketer who focuses on a digital advertising model in which the client pays according to how many times a user clicks on their ad. One of the more entry-level roles in the digital marketing space, PPC is often a first step on a career ladder, allowing younger marketers to get a foothold while working on diverse aspects of a campaign like landing page design, keyword research, audience targeting, ad design, and copywriting.

Today, we can access and store amounts of data that were unthinkable in years past. That critical mass of data—dubbed “Big Data” by the industry—is analyzed by specialists who are trained to review and report on large-scale institutional data sets. This position requires a good understanding of statistical methods and an ability to present findings in a way that is clear and understandable. These days, it’s a good idea to have a mastery of software like R and Python.

Many personal trainers have changed the way they work in the decades since social media has become such a big part of our lives. The only way to be a trainer in the past was to work with clients, in their homes or in a gym, in one-on-one or group format. A tiny fraction of elite trainers gained name recognition by working with celebrities, but the rest were limited by the physical realities of how many people they could work with in one geographical space.

Now, trainers can become internet personalities, and leverage that influence by creating paid content that is consumed remotely by clients around the world. Working in scopes ranging from strength and conditioning to bodybuilding to sport-specific training, these fitness solopreneurs can earn a sizable income primarily from creating content.

A UX (user experience) writer is a type of technical writer who creates the text that you see on websites, mobile apps, and other digital interfaces, working closely with UX designers (who consider all the other design elements of the user’s experience).

Whether they work for themselves or create on behalf of clients, the online personalities that gather followers in the millions can pull in staggering amounts of money. Below that threshold, however, there are lots of working YouTubers making a modest but full living by making and sharing their video content.

The cloud—all your files and data are on it, and you kinda know what it is, but it’s all a little vague. For most of us, that’s enough understanding, but the computer scientists who are actually building the network of servers, software, and databases that provide virtual storage understand the inner workings of the cloud the way an architect understands load-bearing walls. Thank a cloud architect every time you need a backup for a lost document and, seemingly like magic, it’s there.

Recreational marijuana is legal in 21 states, and has become a huge industry, creating jobs ranging from low-skill bud trimming to cutting-edge laboratory science. A cannabis strain reviewer works like a hybrid of a copywriter and a food or movie reviewer, sampling offerings and writing product descriptions and reviews to guide consumer choices.

There’s not exactly a lot of work in this category, but there is at least one professional emoji translator out there, who works exactly the same way a French or Farsi translator does—except the language he translates from is emoji. If you’ve ever received a confusing unintended eggplant from a Boomer, perhaps you understand the need for this kind of work.

The pace at which culture and industry is changing can feel dizzying sometimes, but the flip side of all that change is how many exciting new careers and industries are on the horizon. If you have the discipline and confidence to make it as an entrepreneur, you’re in a prime position to capitalize on new ideas and perform jobs that most people don’t yet understand. The cutting edge can be scary—but only because it’s so exciting.

10 Gifts to Give a New Business Owner

When someone in your personal or professional network hangs out their own shingle, it’s a supportive gesture to send […]

How to Start a Small Business

Quote vs. Estimate: When and How to Use Each for Your Clients